Between Sanity And Madness 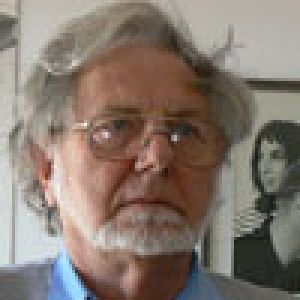 Mental health is a popular topic in the media these days and everyone has an opinion. Something surely needs to be done and I wonder why I am not consulted more often, having spent much of my childhood adjacent to the West Riding Pauper Lunatic Asylum, reputedly the biggest institution of its sort in Western Europe at the time.

Those of us whose combination of poverty and bizarre behaviour had not yet been judged sufficiently culpable were able to move freely on one side of the formal barrier between sanity and madness. This consisted of a mile or two of low stone wall topped with rusty barbed wire, enclosing several acres of bleak theme park where the less ferocious of the insane were put on regular display, weather permitting.

Cycling past or walking to and from the school bus stop, our amusement always tinged with apprehension, children were able to study those of the perambulating lunatics considered insufficiently threatening to require straight-jacketed confinement in padded cells.

We were told that a vast huddle of sinister stone buildings in the middle distance had been soundproofed to protect our ears from the muffled reverberations of punitive therapies and the screams of the seriously afflicted.

Nowadays of course there are no lunatic asylums; although I suspect that that this is a game with words because there is abundant evidence that lunatics are more abundant than ever. One need only pay attention to the activities of politicians, read any of the academic journals, watch commercial television or study the opinion columns in The Australian.

The concept of mental health no longer embraces that of madness with old-time enthusiasm. This may be why my opinion is not eagerly sought despite the expertise I acquired in the course of several clandestine trips over the asylum wall into the heart of darkness, the last of which is indelibly etched on my memory.

One early winter morning I had negotiated the barbed wire between our two worlds, together with a friend. Unobserved, we crept across a dew-soaked meadow to a position of vantage on a flimsy barrier of fencing that concealed one of the less massively fortified buildings. It was part of the small asylum farm, reputedly managed by the veritable lunatics themselves.

The rationale for this activity was allegedly therapeutic, but the fact is that the place was desperately ill-funded. It reduced its costs by running its own bakery, butchery and tailors’ shop on freely available slave labour. The sense of style has to be counted minimal. On the farm, for example, an appearance of uniformity and a signal of commitment to animal husbandry were achieved by issuing free string to the ill-coordinated paupers so that they could tie it around their ragged trousers, just below the knees.

Although we had not known it, the facility on which we chose to spy was the slaughterhouse. I might explain that my friend qualified for this hazardous escapade on the ground that he had once demonstrated to an admiring group of boys his ability to manually excite both himself and the family dog simultaneously, to the point of orgasm.

It was surmised that this much ambidexterity might turn out to be useful in an emergency. My own qualification for leadership was more academic than practical. An objective study of the behaviour of the insane at close quarters had been my idea.

The slaughterhouse comprised a cobbled yard surrounded by low stalls built of rough stone, all roofed over with slate and provided with hinged wooden gates opening into the central space. The yard was slightly dished toward the centre where an open drain was protected by a latticed cast-iron cover.

We arrived in time to find one enormous lunatic standing beside the open gate of a stall, nonchalantly swinging a sledgehammer. Several companion lunatics stood by with cleavers. Fierce blows with a broom handle and uncouth utterances in the patois of the West Riding of Yorkshire persuaded an extremely reluctant cow with prominent hips and rolling eyes to enter the stall.

As soon as the wretched animal was in place the gate was slammed shut on her. There followed a crescendo of horrifying sounds culminating in a strange silence with, at first, a trickle and then a profuse flow of blood emerging under the closed door and across the sill. This crimson tide was guided by a lunatic playing a hosepipe, causing it to foam among the cobblestones down toward the central drain.

After a delay the door swung open and the madman with the sledgehammer emerged from the darkness, now with an armful of intestines that he played out until one end of his sloppy bundle lay beside the drain. Starting from the other end he began to urge the internal faecal matter along this tube by contractions of his hands so that it discharged in a way that facilitated hosing by his companion, along with the blood.

It was a cold morning. A haze of steam rose above the hot detritus. Rough cuts of meat with bone protruding were passed hand to hand out of the gloom, to be hosed on the cobbled ground before being loaded onto the tarpaulin floor of a farm cart that had been propped horizontally on sticks to await the introduction of a horse grazing nearby.

A heavy head with black eyes that no longer rolled was finally swung, two-handed by its short horns, onto the pinnacle of the heap of meat. Our fascination with this finale to the theatre of violence led to a fatal incaution. One of us must have dislodged a clattering stone from our place of concealment, and we were spotted.

The next few moments were among the most terrifying of our lives. We were pursued across the sodden meadow all the way to the boundary wall by a terrifying posse of lunatics, each one yelling and wielding a bloody cleaver. They were also—as I am mightily relieved to admit in retrospect—all laughing heartily. On reflection there can be no doubt that they must have slowed down their pursuit sufficiently to make sure that we found our way safely over the wall, back into sanity.

So, as I say, the modern tendency to disassociate mental health from lunacy has left me unable to offer the valuable contribution to public discussion that my experience warrants. What do I really know about serotonin re-uptake inhibitors, or about the benefits of de-institutionalisation, that is not already either superseded or impossible to spell?