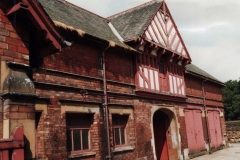 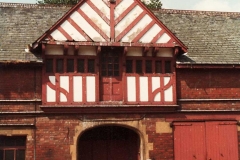 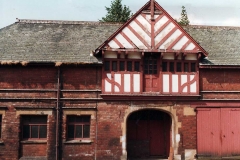 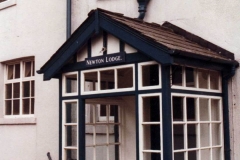 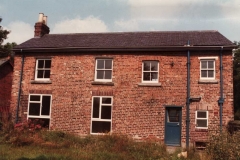 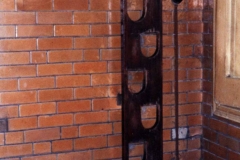 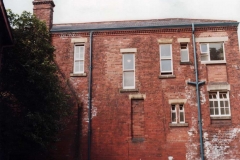 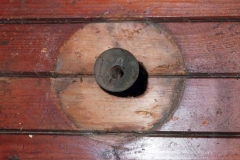 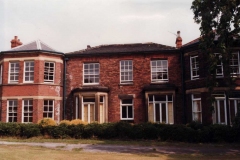 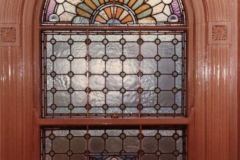 The first document held by the Wakefield municipal District Council’s Archives
Dept dealing with the district of Field Head is dated 1672 (exactly three centuries
before the opening of Field Head mental Handicap Hospital). Charles II was on
the Throne in that vear.

The date of the exact building of “Field Head, (or Newton Lodge) is somewhat
difficult to define precisely. The Ordnance Survey for 1,794 shows the house and
accompanylng cottages clearly, and a Deed dated 1782 conveying the land to a Thomas
Harison mentions the messuages. or houses, etc., on the land. A plan of the
area in or around 17O9, although showing Hatfeild HaIl and Clarke Hall shows no
building at all at Field head. As the Deed of l782 mentions property then extant,
a date c1750 would seem a reasonable surmise for the erection of Field Head House.

The Deed of 1782 describes Thomas Harrison as a ‘yeoman. The original Field
Head would therefore have been a farmhouse, and indeed could have been built in
the first place as part of a tenanted farm.

Apart from the ownership of the house and lands passing down, and out of the hands
of, the family no further records of its use appear until 1842, when under Acts
of Parliament of George IV, William IV, and Victoria, the house was licensed to
a William Haigh to be used as a Private Asylum for the reception of four female
lunatics. At this time there were two other such Asylums locally, Painthorpe
House and Rook Nest House at Stanley. Records show that none of these were used
as Private Asylums for more than a few years, the last record at Field head being
dated February 1844, when it was noted that the Licence had only been granted
for six months run “in consequence of its being doubtful whether there would be two
patients in the Institution at the expiration of that period”.
Some interesting points emerge from examination of the Field Head Asylums Visitors
Book. The first is that the Medical Visitor appointed to serve with the three
Justices as a Visiting Panel was Dr. Thomas Geordani Wright, the well-known
Wakefield General Practitioner who served the Wakefi.eld Asylum as Visiting Physician
a phenomenal 64 years from 1833 until his death, still “in harness”, in 1898 –
surely an all time record! He it was on whom most of the strain fell in the
appalling epidernic of Pestilential Cholera, as he described it, of 1849, when no
fewer than a quarter of the WakefieLd Asylum patient population perished. Wrights
manuscript and published records make sombre reading.

Use of the title “Field Head” is somewhat confusing, as at one time and another
there have been four estabfishments with the same name. Records show that in
1872 the Asylum Authorities purchased “Field Head”, and indeed in many following
years mention is made in records of “Field Head Convalescent Home”. This property,
however, was most likely an old Farmhouse North East of Ouchthorpe Lane, demolished
in the 193O’s

After its use as a Private Asylum, Field Head must have reverted to more mundane
occupancy, and it was not until 1914 that it once again surfaced in the affairs
of mental health.

Dr. (later Professor) Joseph Shaw Bolton had been appointed Medical Superintedent
and Director in 1910 to succeed Dr. WiIIiam Bevan-Lewis. The Medical Superintendents
Residence at that time remained as it had been since the Asylum had been built
in 1818, in the centre of the old building. Pressure on accommodation for patients
was so acute in 1914 that it became necessary to seek alternative housing for the
Director. That year, “Field Head Farm” came on the property market, and as it
appeared to fill the requirements of a Superintendent’s Residence, it was bought,
along with 11 acres of land and other property, for some £4OOO, renovated, and
occupied by Dr. Bolton on a rental basis, the rental of £78 per annum being later
waived and an amount of £5O per annum being substituted as an emolument for
superannuation purposes.

Medical Superintendents of Mental Hospitals at that time enjoyed an almost fuedal
lifestyle. Patient labour was plentiful and free, so that the house and gardens
were always well tended. Provisions and garden produce were included in the
emolumonts, and needless to say only the best found its way to Field Head. These,
and many other comfortable practices traditionally enjoyed by many in the asylum
service did not survive the changes in administration in the 1930’s.

The 1920’s and 1930 ‘s saw once again a fearful increase in the demand for mental
hospital beds, the Mental Treatment Act of 1930 no doubt contributing in no small
measure, by introducing for the first time measures enabling the admission of
patients on a voluntary basis. Once again attention was turned to the possible
use by patients of the accommodation occupied by the Superintendent, which, with
its proximity to the new and enlarged farm, appeared to be admirably suited to
conversion to a Farm Patients’Hostel. At this time, Mr.G.P. Howarth, the Coroner’
owned yet another Field Head House at the top of Bar Lane, and this he wished to
sell. He would have liked to have rented our Field Head, but his request to do
so was turned dolvn. Instead he acquired an old house next door to his own,
selling the latter to the West Riding Mental Hospitals Board for £24OO, in 1934.
This was then occupied by Dr. Shaw Bolton, and to avoid confusion, was later
re-named “The Gables”. In 1983 it houses the College of Remedial Gymnastics.

Field Head was indeed admirably suited to the needs of the farm working patients’
providing privacy, peaceful seclusion, easy access to the farm and sumounding
fields, adequate boot and clothes changing facilities within the Coach House, and
minimum supervision. The Board of Control had little difficulty in approving the
change of user, and in 1937, 36 patients moved in.

Although farming activities steadily declined in the ensuing years, there was
never any dearth of applicants to fill vacancies at the Home, which gave l i t t l e
impression of being connected with the main hospital, the staff assuming the role
of warden rather than psychiatric nurse. Few doors were ever locked, and patients
were given almost unfettered freedom.

In 1972 a narne was being sought for the new Mental Handicap Hospital, and history
was in danger of repeating itsetf by adding yet another “Field Head” title to
the previous three, so it was resolved that the original Field Head should become
“Newton Lodge”, which rernained the title until its final demolition to make way
for a Regional Secure Unit in 1981