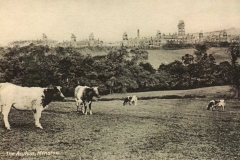 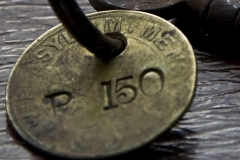 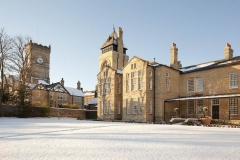 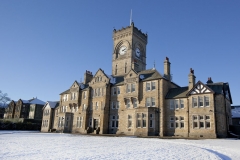 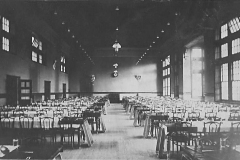 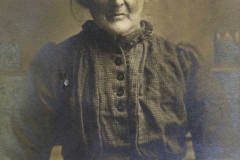 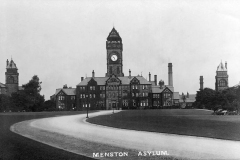 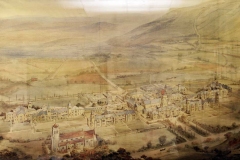 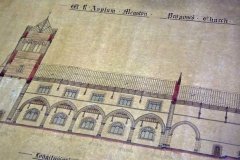 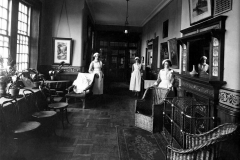 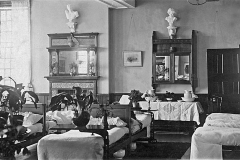 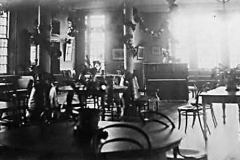 After years of construction the new Asylum was to take in her first 30 female inmates on the 8th October 1888, all transfers from the overcrowded Wadsley Asylum, Sheffield.

The first 61 admissions were all female. It would be November before the Male patients began to arrive, again transfers from Wadsley.

Like the women many had already spent considerable time in the West Riding Asylums prior to arriving at Menston and were in the main wretched and worn out. The majority of them destined to live out their years in the asylum receiving Palliative Care.

The first man in the asylum

Back in those days the hospital was known as the West Riding Pauper Lunatic Asylum, Menston. By the 1920’s she became Menston, Mental Hospital before eventually gaining the title ‘High Royds Psychiatric Hospital’ in 1963.

When ultimate closure came in 2003, she was one of the last surviving hospitals of her kind to be still functioning.

Quite possibly the most magnificent example of Vickers Edwards architecture, the hospital could certainly stake a claim to be the finest example of the broad arrow corridor system.

At one time the complex included a library, surgery, dispensary, ballroom, butchers,dairies, bakers, even it’s own linked railway. The addition by the 1930s of a sweetshop, cobblers, upholsterer and tailors completed what was really in effect a self contained village for the apparent insane..

Revered by many, the location has been used for media productions such as the film ‘Asylum’, and TV series, Bodies and No Angels, amongst others. David Dimbleby deemed the structure of such merit to feature in his BBC documentary series How We Built Britain.

End of the Royd

The much criticised former Victorian asylum, High Royds Hospital in Menston, shuts its doors for the last time on Tuesday.

Its patients have already been transferred to a multi million pound purpose built unit close to Leeds General Infirmary in the city centre.

The closure marks the end of an era in the mental health care in the city.

Today, 2011 the old asylum breathes new life, unlike many others across the country that have met with complete destruction.

Already a systematic but sympathetic regeneration and conversion has seen a substantial amount of the site converted into unique, stylish apartment living.