MATRON WHO HAS BEEN FRIEND TO PATIENTS RETIRES (1964) 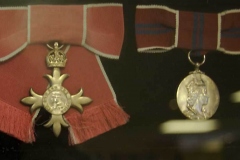 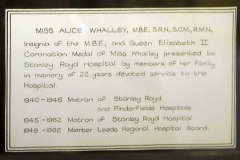 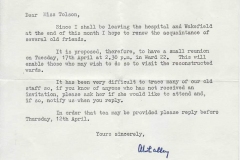 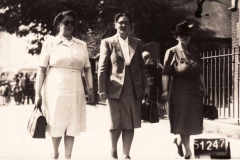 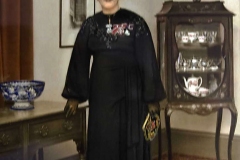 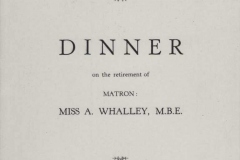 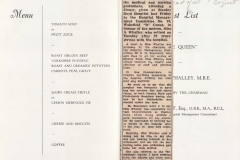 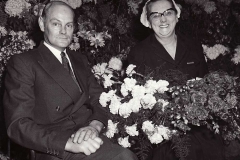 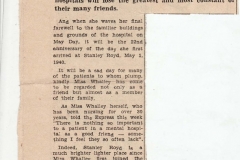 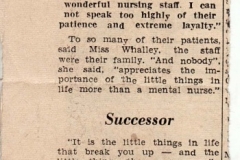 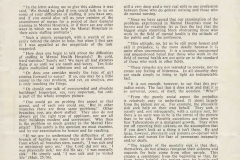 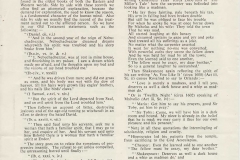 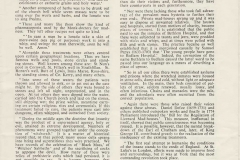 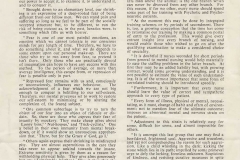 After 22 years at Stanley Royd.

MISS A.WHALLEY, Matron of Stanley Royd Hospital for 22 years, retires on Tuesday – and local hospitals will lose the greatest and most constant of their many friends.

And when she waves her final farewell to the familiar buildings and grounds of the hospital on May Day, it will be the 22nd anniversary of the day she first arrived at Stanley Royd, May 1st 1940.

It will be a sad day for many of the patients to whom plump, kindly Miss Whalley has come to be regarded not only as a friend but also as a member of their family.

As Miss Whalley herself, who has been nursing for over 30 years, told the Express this week, “There is nothing so important to a patient in a mental hospital as a good friend – something I feel they so often lack”.

Indeed Stanley Royd is a much brighter, lighter place since Miss Whalley first joined the staff as Assistant Matron.

Four months later in September 1940, Miss Whalley was transferred to Pinderfields which was then a 1,500 bed Military Hospital. In December she was appointed Matron of both Pinderfields and Stanley Royd Hospitals and ran them both throughout the war.

Recalling those days in a quiet moment in her office this week, Miss Whalley said “After D-Day we had as many as 1,000 wounded a week coming in and another 1,000 going out.”

In the New Years Honours List of 1945, she was awarded the M.B.E. for her services.

At the end of the war, Miss Whalley returned to Stanley Royd to devote herself almost entirely to Mental Health.

“I felt the need was greatest in mental health,” she said. “That someone should come and concentrate on this hospital,”

Since that day there have been many changes at Stanley Royd under Miss Whalley’s influence. Besides the obvious progress in medical science – new and modern treatments- there are brighter surroundings for the patients, cheerful curtains and cushions and light painted walls.

“But then” said Miss Whalley refusing to take any credit, “aren’t those the things that any woman worth her salt does in a new home?”

Miss Whalley who comes from North Ribblesdale, is a firm believer in the saying “No Man is An Island” and commented: “You can do nothing on your own. I have been most fortunate in having a wonderful nursing staff. I can not speak too highly of their patience and extreme loyalty.”

To so many of their patients, said Miss Whalley, the staff were their family. “And nobody” she said, “appreciates the importance of the little things in life more than a mental nurse.”

Miss Whalley began her training over 30 years ago in London, where she did General Nursing and Midwifery. She then went on to study Mental Health in Colchester and Derby.

She has been a member of the Leeds Regional Hospital Board for 13 years.

How ill she spend her retirement? Said Miss Whalley: “I am going to live in a little Westmorland village and enjoy housekeeping for myself and gardening and will join the W.I. I am looking forward to it.”

Miss Whalley will be succeeded as Matron, by Mrs E.Y. Atkinson, a Scotswoman whose home is in Windsor. She was formerly Sen. Assistant Matron at Park Prewett Hospital, Basingstoke.