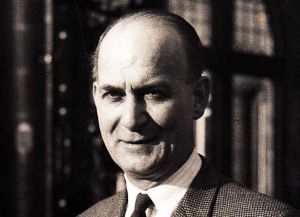 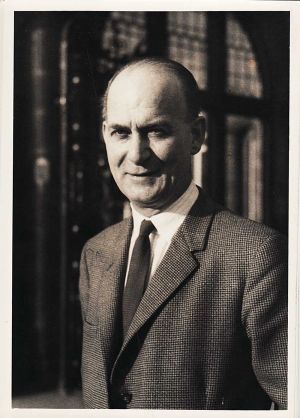 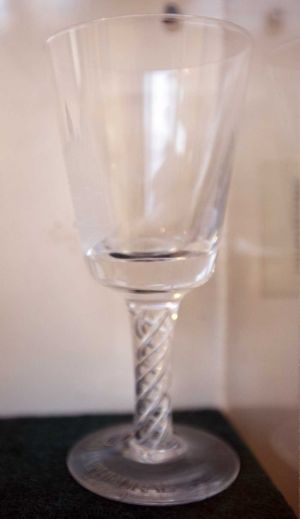 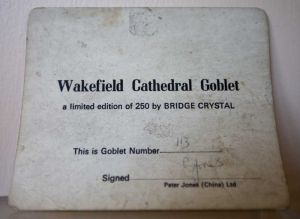 This Collection is dedicated to a very special man “Peter Findlay Fletcher”  A man who touched the lives of many, all the text in this collection has been most kindly written and donated by his family sent via Peters daughter, Shirley Ward (nee Fletcher)

The last Medical Superintendent at Stanley Royd Hospital, was born on 4th August 1912 at Netherfield, the Fletcher family home in Kirkintilloch, Glasgow to James and Annie Patrick Findlay Fletcher. James was a Master Builder and Ex-Provost of Kirkintilloch.

Peter had seven siblings but only two brothers and a sister survived into adulthood.

He was educated at Lenzie Academy near Glasgow and later at Glasgow University. He gained a Bachelor of Medicine and a Bachelor of Surgery in 1935. In 1938 he received a Diploma in Psychological Medicine.

Early in his career he worked as a surgeon and casualty officer in Lancashire. He moved to be a First Senior Assistant Medical Officer at Hull City Mental Hospital in 1939, a post that he held for ten years apart from a period of service with the RAF. In notes which recount his experience in Hull Peter writes,

I had extensive experience of pre-frontal leucotomy, assisting the neuro-surgeon… I was in charge of the Deep Insulin Unit which handled both female and male cases and carried out Electric Convulsion Therapy routinely as well as Modified Insulin Treatment and Malarial Therapy’

His service with the RAF started in July 1942 and ended in August 1946. He worked as a Neuro-psychiatrist in the RAF Neurosis Centre. He treated neurosis at the RAF Officers’ hospital in Cleveleys and was, for a time, Advisory Psychiatrist to the Aircrew selection Board at Eastchurch.  During his time in the RAF Peter held the rank of Squadron Leader.

In 1949 he was appointed Deputy Medical Superintendent at St. Matthew’s Hospital in Burntwood, near Lichfield. By 1950 he had moved to Powick Mental Hospital, near Worcester where he became a Consultant Psychiatrist and Assistant Medical Superintendent. The hospital had 1,000 beds at that time.

His work at Stanley Royd Hospital, Wakefield began on 1st September 1951 when, at the age of 39, he took up the post of Consultant Psychiatrist. At that time the hospital had around 2,500 beds. In addition to having responsibility for Stanley Royd Hospital his duties involved Clayton Hospitals and Dewsbury and District General Infirmary.

On 9th September 1954 he became Physician Superintendent at Stanley Royd Hospital, a post that he held until 31st March 1974 when he returned to the role of Consultant Psychiatrist. He describes this move as resulting from a ‘reorganisation of the health service (which) had made the job unsatisfactory’

Peter Fletcher died at home on the eve of his retirement on Thursday 30th October 1975, he was 63 years old.

Who was Peter Fletcher?

Peter has three children, two sons and a daughter. His eldest son was born to his first wife who sadly died in Hull in 1948. He later married again and had two children who were born in Wakefield in 1960 and 1961.

The words of the Right Reverend Eric Treacy, Bishop of Wakefield, who gave the address at Peter’s funeral, sum up my father,

‘Peter Fletcher had a passion for human dignity and all his life laboured that those who were suffering from mental illness should be treated as people with human dignity and accorded their place in society…’  I think that it’s also true when the Bishop goes on to say that Peter was, ‘a man possessing deep wells of kindness – a man possessed of that quiet and irresistible humour of the Scot…’

My brother has passed on a few of his earlier recollections of his father, Peter Fletcher:

The new building adjacent to the tennis courts

In the 1950s the Board was trying in vain to decide what they should name the new building in the grounds of Stanley Royd Hospital. Growing weary Peter suggested that it should be called ‘Netherfield’. All applauded the idea with relief at having reached a resolution but Peter was a bit taken aback that this name was to be officially adopted as it was the name of his parent’s home in Kirkintilloch, Glasgow and as such may have been viewed as inappropriate for the new building. Anyway as far as we remember the detail remained unknown to most if not all who were involved in the decision!

Resolving a disruption at a Board meeting

During one particularly difficult meeting Dr. Fletcher tried to bring some calm to the proceedings. However, the same person continued to disrupt the meeting so Peter stood up and advised the unruly member that he was going to leave the room and would return in five minutes, by which time, he said, he expected this member to have left the meeting. He returned and by this time the member had left.

Many years later when Peter recounted this story, he was asked, ‘what would you have done if he had still been there?’ To which he replied, ‘I really don’t know’. Typical of his honesty.

On the bus home from school one day my brother heard a young person about the same age saying disparaging things about Stanley Royd Hospital and the patients as the bus passed the hospital grounds. He later spoke to his father about this situation and assured him that he had, ‘set the boy straight’ by explaining the positive aspects of the hospital adding that he’d told the boy that, ‘my father helps to cure the patients’. He was told by his father that he and the other doctors did not cure the patients but rather they showed them the way to recovery and tried to assist them to a healthier life and self awareness.

The main gates to the hospital

Dr. Fletcher, along with an increasing number of other medical professionals, believed that the psychiatric patient should not be confined behind a locked gate. Therefore he opened the gates to Stanley Royd Hospital and some of the local people apparently thought that there would be a mass exodus and that Dr. Fletcher should himself be locked up for his actions!

My brother remembers Peter being very aware of public opinion and understanding of psychiatric medicine and his belief that both could potentially be improved and advanced by public involvement in the work of the hospital. He set out to ‘spread the word’ by inviting the representatives from the local business community, religious leaders and general ‘movers and shakers’ (and anyone else who would listen!) to lunch at the hospital. A bit of PR.

This testimony is compiled by his family who loved him and have missed him every day since he died.